Nature is beautiful and amazing. Nature creates wonders, sometime it’s really hard to believe that they are actually exist. In our daily life, we experience some crazy stuff that makes us to think about it. Like these amazing things in nature, it’s hard to believe in, but all these things are real and true.

The 10 Most Amazing Things In Nature:

10. The Blood Falls in Antarctica. 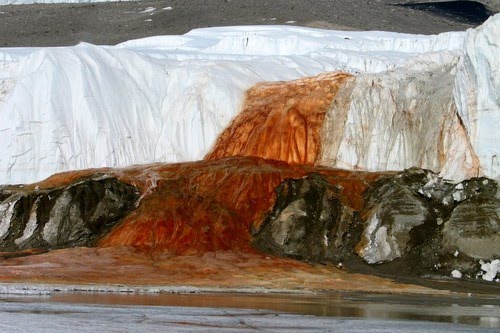 Antarctica is the world’s coldest place. Blood Falls is an outflow of water, flowing from the Taylor Glacier onto the ice-covered surface of West Lake Bonney in the Taylor Valley of the McMurdo Dry Valleys in Victoria Land, East Antarctica. The reddish falls were first discovered in Antarctica in 1911, by the Australian geologist Griffith Taylor, where he noticed a river had stained the surrounding cliff of ice with a deep red color. Previously, he had believed it was due to algae discoloring the water, however that hypothesis was never verified.

It was the longstanding mystery surrounding Antarctica’s Blood Falls. Now, thanks to research by the University of Alaska Fairbanks, this mystery has finally been solved. The true origin of the Blood Falls’s deep red coloring is due to oxidized iron in brine saltwater, the same process that gives iron a dark red color when it rusts. When the iron bearing saltwater comes into contact with oxygen the iron oxidizes and takes on a red coloring, in effect dying the water to a deep red color.. 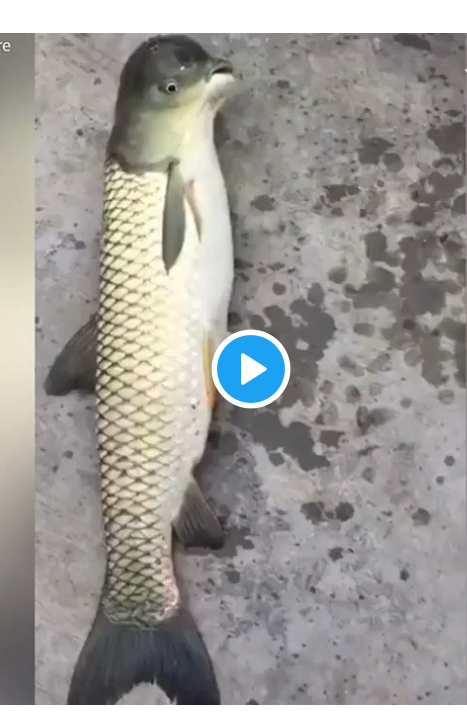 Wonders shall never end.So they say.This is a topical issue for the Chinese people as they uncovered an amazing creator.

A wonderful fish with bird-shaped head was discovered in China.Could this be one of the signs of end time? Or could it be a natural phenomenon? To me, this is beyond human imagination.I think only God can explain the wisdom behind this.

Fishing enthusiast catches very unusual fish with a bird-shaped head.So fish lovers You need to see this yourselves. 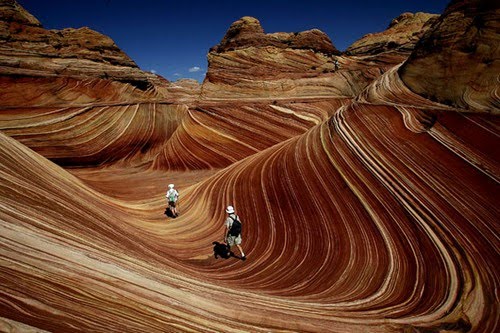 Another most amazing things in nature, The Wave located in Arizona, United States. It is a gorgeous red sandstone formation on the slopes of the Coyote Buttes in the Paria Canyon-Vermilion Cliffs Wilderness, located in northern portion of the U.S. state of Arizona. The Beautiful sandstone formation is famous among hikers and photographers for its colorful, undulating forms, and the rugged. In addition, one of the best hiking trails as well as best photographic place in the world. 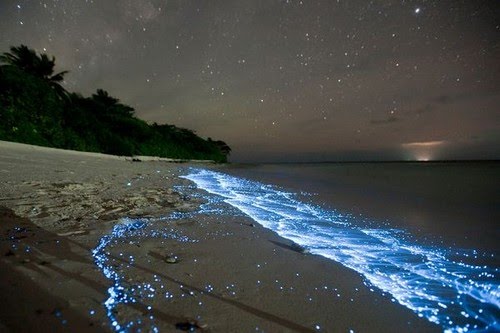 Pinpricks of light on the shore seem to mirror stars, as seen in above picture taken on Vaadhoo Island in the Maldives. Glowing Blue Waves, the biological light, or bioluminescence, in the waves is the product of marine microbes called phytoplankton. It’s also one of the best honeymoon locations around the world.

Vaadhoo Island, Maldives is known for being a heaven on Earth. It has a lot of surprises for visitors, that are revealed at night. The island is much famous for it’s naturally glittering and sparkling sea water. It also known as “the Sea of Stars”. The sparking is prominent and phenomenal in Vadhoo – a small island with a population of round about 500 inhabitants. At night, the mesmerizing shining water looks like a mirror.

It’s a visual phenomenon created by the reflection of light from ice crystals with near horizontal parallel planar surfaces. The light can come from the Sun, Moon or from terrestrial sources such as streetlights.

A rare natural phenomenon – light pillars in the sky. This amazing phenomenon happens in Russia when light is reflected from ice crystals close to the ground. The effect is created by the reflection of light from numerous tiny ice crystals suspended in the atmosphere or clouds. 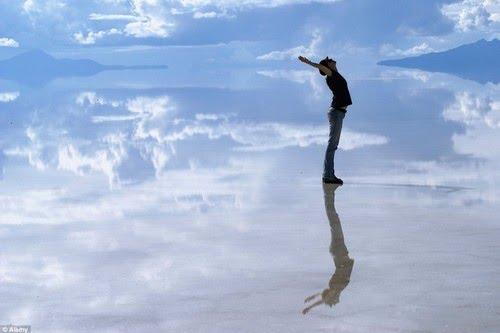 Amazing salt flats where the sky and ground merge into one to create dreamy landscapes. Salar de Uyuni is the world’s largest salt flat at 10,582 square km. This is not water, the ground is covered in a layer of salt crust so reflective, it perfectly mirrors the sky. The Salar was formed as a result of transformations between several prehistoric lakes. It is covered by a few meters of salt crust, which has an extraordinary flatness with the average altitude variations within one meter over the entire area of the Salar. Salar de Uyuni is the world’s glassy, crystalline place. When it rains, this flat surface forms the largest mirror in the world. This incredible mirror is so big and reflective, that governments actually focus on it to calibrate their satellites!. 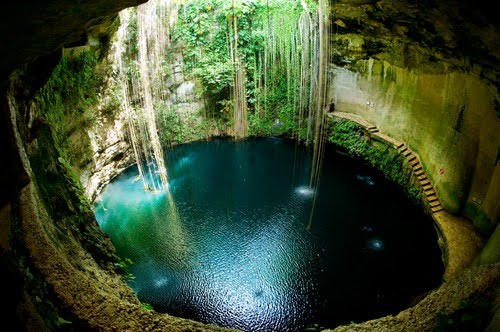 Nature creates wonders, sometime its really hard to believe, this underground natural spring in Mexico is one of them. Known as Cenote, is a natural pit, or sinkhole resulting from the collapse of limestone bedrock that exposes groundwater underneath.

Cenotes, mostly associated with the Yucatán Peninsula of Mexico. Nearly 7,000 cenotes in Yucatán Peninsula were discovered. These were sometimes used by the ancient Maya for sacrificial offerings. The Mayans revered cenotes because they were a water source in dry times. 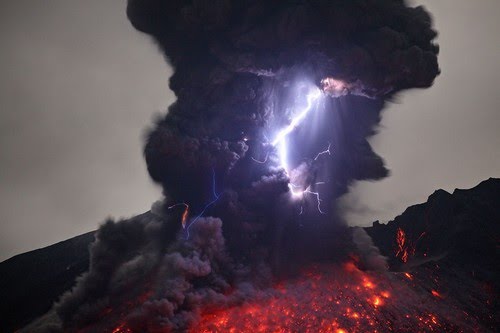 2. The Ghost Trees in Pakistan.

The eye-catching phenomenon is an unexpected side-effect of the flooding in parts of Pakistan. Millions of spiders climbed up into the trees to escape the rising flood waters, shrouding them with their silky webs. Because of the scale of the flooding and the fact that the water has taken so long to recede, many trees have become cocooned in ghostly spiders webs. 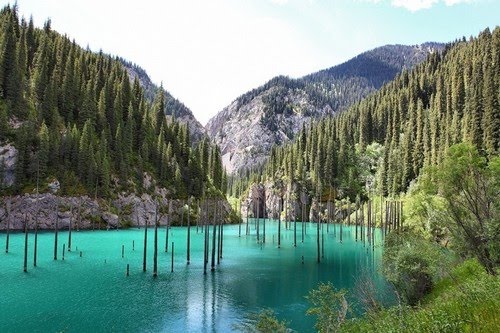 The sunken forest is part of a 400 meter long Lake Kaindy in Kazakhstan’s portion of the Tian Shan Mountains located 129 km from the city of Almaty. The lake was created as the result of an enormous limestone landslide, triggered by the 1911 Kebin earthquake. The earthquake destroyed more than 700 buildings. It also triggered a landslide that formed a natural dam. Over time, the valley was then flooded by rainwater, covering the trees that grew there. As well as the trees, the lake is famous for it’s unusually bright blue color.

There are many scenic views in the track to Lake Kaindy like; Saty Gorge, the Chilik Valley, and the Kaindy Gorge.