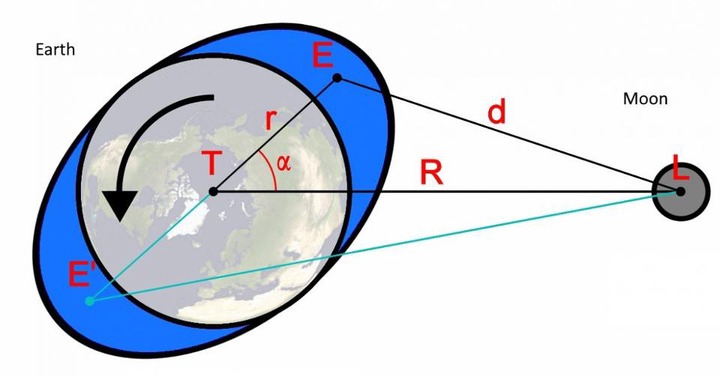 “If we get rid of the moon, women, those menstrual cycles are governed by the moon, will not get PMS. They will stop bitching and whining.” -Joe Scarborough, misattributing a quote to Arnold Schwarzenegger that was actually spoken by an impersonator

For nearly the entire 4.5 billion year history of our Solar System, the Earth hasn’t been alone while we revolve around the Sun. Our giant lunar companion is larger and more massive than any other moon when compared to the planet it orbits. When it’s in its full phase, it brightly illuminates the night, and the Moon has been linked throughout history to phenomena such as insanity (or lunacy), animal behavior (howling at the moon), farming (a harvest moon), and even women’s menstrual cycles. While those links don’t stand up to scientific scrutiny, there are many ways the Moon actually does affect the Earth. Destroying it would be a catastrophe, but would also change our world forever in some incredibly interesting ways.

1.) Destroying the Moon would send debris to Earth, but it might not be life-exterminating. Imagine a weapon so deadly it could gravitationally unbind the Moon, blowing it apart. It would take a medium-sized asteroid’s worth of antimatter to do it (about a kilometer in diameter), and the debris would spread out in all directions. If the blast were weak enough, the debris would re-form into one or more new moons; if it were too strong, there would be nothing left; of just the right magnitude, and it would create a ringed system around Earth. Over time, those lunar fragments would de-orbit thanks to Earth’s atmosphere, creating a series of impacts.

But these impacts wouldn’t be as destructive as the asteroids or comets we’re so afraid of today! Even though chunks of Moon would be massive, dense and even potentially larger than the asteroid that wiped out the dinosaurs, they would have a lot less energy. Asteroids or comets striking Earth move at twenty, fifty or even over a hundred kilometers-per-second, but lunar debris would be moving at a mere 8 km/s, and would strike only a glancing blow with our atmosphere. The debris striking Earth would still be destructive, but would impact our world with less than 1% the total energy of a comparably sized asteroid. If the chunks hitting us were small enough, humanity could easily survive.

2.) The night sky would be naturally much brighter. Once the Moon and all its remnants were gone, the second-brightest object from Earth’s sky would be completely gone. While the Sun is naturally 400,000 times brighter than even the full, perigee Moon, the full Moon is again 14,000 times brighter than the next-brightest object in the sky: Venus. When you look at the Bortle Dark-Sky Scale, a full Moon can take you from a “1” — the most pristine, naturally dark sky possible — all the way up to a 7 or 8, washing out even bright stars. Without a Moon, there would be no natural impediments to pristine, dark skies every night of the year. 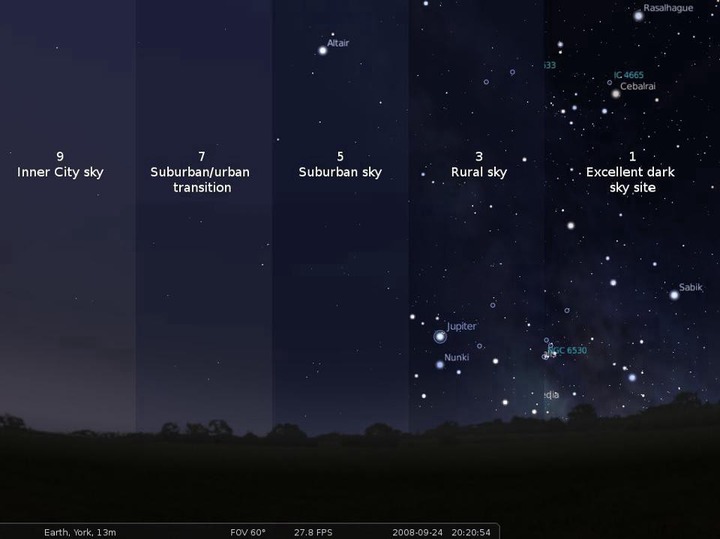 3.) Eclipses would be no more. Whether you’re talking solar eclipses — partial, total or annular — or lunar eclipses, where Earth’s natural satellite passes into our shadow, we would no longer have eclipses of any type. Eclipses require three objects to be aligned: the Sun, a planet and a planet’s moon. When the moon passes between the Sun and a planet, a shadow can be cast on the planet’s surface (total eclipse), the moon can transit across the Sun’s surface (annular eclipse), or it can obscure just a fraction of the Sun’s light (partial eclipse). But without a moon at all, none of these could occur. Our only natural satellite would never pass into Earth’s shadow if it didn’t exist, putting an end to eclipses. 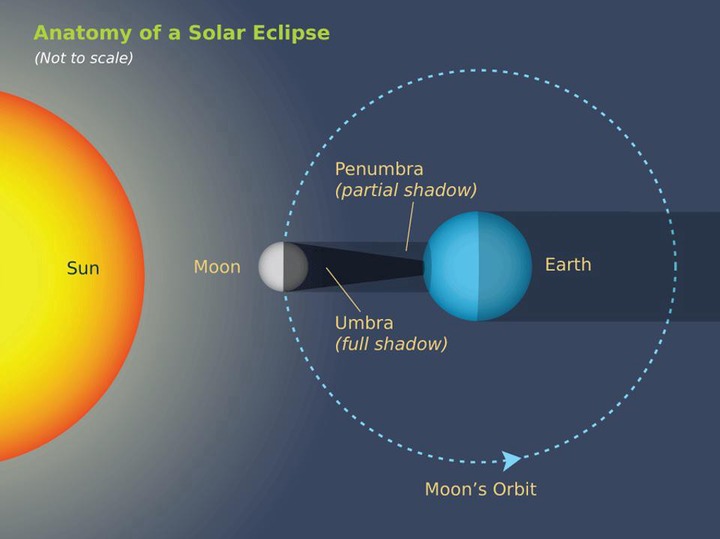 4.) The length of a day would remain constant. You might not think about it much, but the Moon exerts a tiny frictional force on the spinning Earth, causing our rotation rate to slow down over time. We might only lose a second here or there over many centuries, but it adds up over time. Our 24 hour day was only 22 hours back when dinosaurs roamed the Earth, and was under 10 hours a few billion years ago. In another four million years, we won’t need leap days any longer in our calendar, as the rotation rate slows and the length of a day continues to get longer. But without a Moon, all that would cease. It would be 24 hour days every single day to come, until the Sun itself ran out of fuel and died.